Since leaving our space at 285 Ninth Street, Climate has produced a number of events around the world including the award winning I Hate Children Children’s Show which has been one of the top rated shows at the Edinburgh Festival Fringe (the biggest fringe festival in the world) for the past five years as well as Dark Kabaret, Twisted Cabaret, Devil in the Deck and a number of other projects.

Here is a small sampling of some of our more exciting projects: 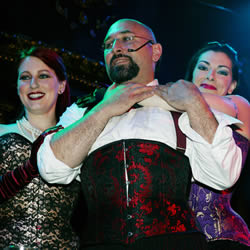 Twisted Cabaret – http://twistedcabaret.com. San Francisco – 2000-14, Glastonburry, UK – 2002-13, Seattle – 2012, 13. Twisted Cabaret is a one man show starring Frank Olivier. The show tells the story of of a show were nothing goes right though it’s really a vehicle for Olivier to demonstrate a wide array of variety skills. Frank throws knives, juggles, reads minds, eats fire, and so much more. 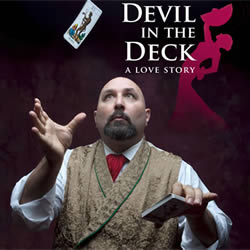 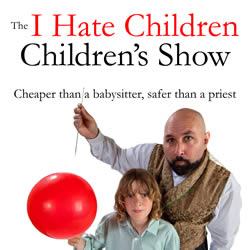 THE BRIGHT RIVER – A mass transit tour of the afterlife

Experience the Bright River’s San Francisco noir underworld environment before and after the show with unique decor, djs, live music, refreshments and light fare. Socialize early and stay after the show for unique live culture in the heart of the city.